Independent adjusters are needed to handle Ian and Nicole claims. Register for our free webinar and learn what it takes to become an adjuster.

This article is written as a supplement to Jesse Gibson’s NFIP Flood Certification article.  Jesse does a great job of explaining how the program works and the steps the NFIP has taken to enable the adjuster workforce to handle flood claims swiftly and efficiently.

Let’s take a look at how the recent evolution of the industry’s approach to flood claims will benefit newly licensed claims adjusters and allow them the ease of entry and early success the industry has long been known for.

The nation has taken some major steps over the past couple of years to alleviate the flood claim pain points that were exposed after hurricanes Harvey and Florence.  The inability to assign flood claims during the 2017 storm season caused much delay in claims processing times.  And for those of us in the adjusting industry, it caused an inability to adequately set expectations for new and veteran adjusters regarding the number of claims they might receive in a storm situation.

This improper expectation caused some to abandon this great employment opportunity before they even got started.

In 2017, when hurricanes Harvey and Florence hit, the industry welcomed thousands of new adjusters into the fold. These ‘newbies’ provided a much needed influx of talent after the long lull in storm claims throughout the prior 3 years.  Many of these new adjusters went right to work…and kept working throughout the storm season.  In some areas, however, like Houston after Harvey and North Carolina after Florence, some adjusters were called out to handle claims and then ended up without the work that they felt they were promised.

In North Carolina, Florence traveled north from Georgia into the southwestern corner of the state. The storm mainly hit areas that weren’t part of the NFIP’s mandatory flood insurance plains, meaning most of Florence’s victims did not carry flood insurance.  And no insurance means no claims.  So in both situations, what was expected to create a HUGE number of claims employing thousands of adjusters, ended up leaving many disappointed.

So what has changed?

The 2017 situation was a big wake-up call for the industry. Since that time:

So now, new and veteran adjusters alike can handle flood claims, provided they work for a certified IA firm and have received the proper training from that firm.

For many firms, flood training is now a normal part of the onboarding process so new adjusters can get up to speed and be ready to deploy after just a couple weeks of training.

Pilot Catastrophe was one of the first to really utilize the flood mentorship program and have since created an entire flood claims department.  Others have followed Pilot’s lead.  Here is a partial list of firms that offer approved Flood Mentorship programs: Pilot, Eberl, Ryze, Crawford, Alacrity (formerly Worley), Colonial, CNC Catastrophe, and FKS Insurance services.  We recommend you get on the roster of one of these firms to get moving in the industry.  Here is a link to our full Employer Directory.

To dive deeper into the NFIP flood program and how it affects insurance adjusters, check out Jesse Gibson’s article NFIP Flood Certification for Adjusters:

Many firms now offer flood certification mentorship programs or workshops for licensed adjusters that are recognized by the NFIP.  Some companies offer an approved 2-day flood policy certification course, others, like Pilot Catastrophe takes it further by offering additional courses, including 3 days of flood-specific Xactimate training and 5 days of flood claim handling at their facility.  To be eligible for their flood mentorship programs, you must have an adjuster license and apply to be on their rosters. 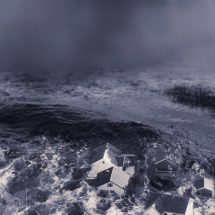