Insurance adjuster Eric Gough, who we featured in the article New Adjuster on the Job Weeks After Receiving License, recently returned from his first deployment. While it was a whirlwind experience, Eric considers his first deployment to Lake Charles, LA a successful one. He was asked to stay on longer than the standard term. He earned a nice-sized paycheck. And, perhaps most importantly, he learned a lot.

There are a lot of questions surrounding an adjuster’s first deployment so we asked Eric to share some thoughts about his experience with us.

Life as an independent adjuster can be pretty unpredictable. But it is also very fulfilling and can be quite lucrative. Your role and duties vary depending on which insurance carrier you are handling claims for, but one thing remains pretty constant. You must be willing to stay on your toes and work hard.

After the hiring process, getting myself to Louisiana, and spending some time working and living with other adjusters, I noticed that the folks who were really doing well had some things in common. These 3 traits of successful adjusters aren’t all you need to succeed, but I do think it would be tough to have a long, fulfilling, and lucrative career in the industry without them.

In my opinion, flexibility is the most important quality in an insurance adjuster. This job, the location, your duties, your employer, your ‘customers’, these all change regularly. To be successful, in a given day or in your career, you need to remain adaptable and not get flustered in the midst of uncertainty.

When I got the thumbs up from the IA firm to go down to Louisiana, I was thrilled. But I quickly realized I had no idea what to expect. Heck…at the time, I didn’t even know where, exactly, I would be going. When I left Illinois to drive to Louisiana, the only thing I had in hand was an address in Lafayette where I would pick up equipment. Only after that was I given my actual work location – a few hours west in Lake Charles. So I left with no idea where I would be sleeping. Fortunately, I was able to find an open hotel room once I was there. But after a few weeks, I needed to check-out. My luck held and I was then able to find a month-to-month apartment rental to share with some other adjusters.

All this is to say, successful adjusters are flexible and adapt to circumstances as they come, or as they change. And they will change. This isn’t a job where you can plan months, weeks, or sometimes even days in advance. That kind of life isn’t for everybody, but, in my opinion, it is one of the things that makes the career so exciting and adventurous.

As I mentioned above, your actual tasks will vary a bit depending on your employer and the carrier you are representing. But if you want to be successful, i.e.: close claims and make money, you have to be very organized.

On any given day in Lake Charles, I was talking with claimants, setting inspection appointments, inspecting properties, writing estimates, reviewing the estimates with homeowners and/or contractors, cutting checks, and doing estimate reconciliations…and tracking all of it. This can all pile up very quickly, especially when you are handed a stack of 20-50 claims. You absolutely have to be able to get and stay organized.

Lack of organization also usually results in things starting to fall through the cracks, details missed, and mistakes made. As a new adjuster trying to prove yourself, that is the last thing you want. It’s important to figure out a system that works for you, make a note of every action you take and conversation you have, and keep a detailed schedule you stick to.

Learn How to Succeed from Veteran Adjusters

Our new Adjuster Success Method course was developed by veteran adjusters to set you up for true career success. From finding work to setting up an organized system to effectively close claims, this one-of-a-kind training course teaches you how to turn your investment of time, money, and effort into a six-figure-income. Combined with the other products in our Total Adjuster Package, you’ll be light years ahead of other new adjusters.

I want to be sure to make a distinction here: the best claims adjusters I saw in action were confident, but never cocky. It can sometimes be a fine line but one worth figuring out. Your interactions with the homeowner need to be confident enough to show that you know what you are doing, but authentic enough to establish trust.

I think authenticity is an important piece of projecting true confidence. The best adjusters were confident and knowledgeable but they were also real. They listened. They asked questions. They didn’t speak down to homeowners but were honest about the situation.

In catastrophe deployments, you are often dealing with people who are going through a terrible situation. They might be devastated, scared, exhausted, angry, or any combination of those emotions. And they may be a little wary of their insurance adjuster. Projecting confidence, being authentic, and establishing that you are trustworthy goes a long way towards satisfying the homeowner and making the claims process go as smoothly as possible during a trying time.

These 3 traits of successful insurance adjusters aren’t all it takes to make yourself a sought-after employee. But they are what stood out to me while I was on my first deployment. Together, they help you establish a good reputation with homeowners, IA firms, and insurance carriers which is vital for a long, successful adjusting career. 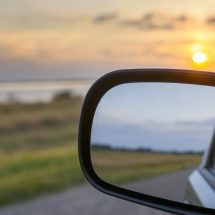 Is insurance claims adjusting a good fit for you?

Read AdjusterPro Co-Founder Adam Gardiner’s ebook to learn about the job and help you decide if a career as a claims adjuster is a good fit for you.