When Grace Gardiner and her boyfriend Tyler Holt moved to California in 2020 they couldn’t wait to start their lives on the West Coast. They’d been dreaming of warmer weather and sunny skies ever since they met in Boulder, Colorado, two years earlier. But like many people caught in 2020’s uncertainty, Grace and Tyler realized their plans needed some adjustments.

Six weeks and four states later, they found themselves as newly licensed insurance claims adjusters in Louisiana, helping property owners get back on their feet following Hurricane Laura. It has been a surprising and often-hectic journey, but one they are glad they took a chance on.

“It was challenging at times but once we got out here and started adjusting claims, it was so worth it,” said Grace.

Grace’s father, a former insurance adjuster himself, suggested the idea. He thought it would be a great way to not only make some money, but also learn valuable skills in the process (just like he did 20 years ago). And as the busiest hurricane season on record continued to pound the Gulf Coast, the timing seemed fortuitous.

But first things first. When they decided to pursue becoming insurance adjusters, they had to start by getting their home state license. Tyler and Grace dedicated themselves to their AdjusterPro online training and both received their Florida certification in near-record time and in near-record fashion. Tyler, knowing he was on a deadline, buckled down and powered through AdjusterPro’s Florida Certified Adjuster course and exam in less than a week. Grace finished hers as the couple drove from California to Texas. Nothing epitomizes the portability of AdjusterPro’s training platform more than studying to get your adjuster license while simultaneously driving across the country. But that was just the beginning of their adventure.

Grace & Tyler’s story isn’t unusal. You can obtain your adjuster license and go to work in a matter of weeks. Interested in what else it takes to become a successful insurance claim adjuster?

Next, both needed to immediately apply for reciprocal licenses in the states where adjusters were needed to work hurricane and storm-related claims. As is often the case for new insurance adjusters, Grace and Tyler quickly realized that having a license in one state doesn’t mean that’s where you’ll end up. This is especially true when it comes to catastrophe claims. You may be needed in the hard-hit states themselves, or you might be needed in surrounding states that are short on adjusters because their resident adjusters have been deployed to the disaster zone.

Fortunately, they were able to quickly obtain other states’ licenses, including Louisiana, where they were eventually deployed. Thanks to reciprocal licensing privileges, getting licensed in other states if you already have your home state or DHS license is easier than ever.

After a few almost starts and stops, they ended up being needed in Lafayette, Lousiana. This isn’t uncommon during an impending weather event. Independent Adjusting Firms do their best to estimate who their clients will be, number of policyholders, potential claims, etc., but a few miles, a few degrees, or a few hours can drastically change their needs. It is always an evolving situation and adjusters need to be ready to change with the tide.

Fortunately, Grace and Tyler were eager and ready to go where needed. While the go-ahead orders were a sigh of relief in some respects, they quickly realized the work had just begun.

“We were stuck in limbo for a bit…waiting to see if and where we were needed. We were excited to finally get the green light,” said Tyler. Catastrophe planning has been even more complicated for insurers and IA Firms during the record-setting 2020 season. The U.S. had multiple disasters happening all over the country, some simultaneously. And with back-to-back hurricane landfalls in Lousiana, and almost constant fires on the West Coast, many adjusters were being moved in and out of the disaster zones for their own safety.

Tyler was the first to deploy with Pilot, one of the country’s largest independent insurance adjusting firms out of Alabama. While Grace waited for her orders, she was able to gain some experience while assisting Tyler with his early claims. He admits the learning curve was pretty steep in the beginning. But thanks to virtual support agents available through Pilot, and the hands-on training he gained in his AdjusterPro Xactimate course, he was able to get up to speed a lot more quickly than if he had tried to do it on his own.

“If you’re putting in a ton of work and you’re really giving it your best, there are a lot of resources out there to help guide you through the process,” he said.

Soon after, Grace got word from Allcat Claims Service that they also needed her services in Lafayette. Despite being a new adjuster, she quickly learned the ropes and was cranking out three claims per day towards the end of her deployment.

“There’s a flow to what I have to do to each building and each roof. But in the short time I’ve been working, I’m developing a process and figuring out how to build a good claim,” she said. “The money’s not bad either,” she added, smiling.

With only a few weeks left in their deployment, Grace and Tyler feel like they’ve “lived a lifetime” in a few, albeit intense months. But they also both agree it’s given them invaluable experience and has provided them with great options for the future.

Grace has been in talks with Allcat about a potential deployment to California, where insurance adjusters are in high demand following the record-breaking fire season. She will need to obtain her fire certification but then she can hit the ground running. With wildfires, unfortunately, becoming an almost constant threat out west, Grace could be well-set for the future. Tyler, on the other hand, is keeping his options open and may focus on using his degree from the University of Colorado. But neither hesitated when asked if they would be up for using their experience next year when hurricane season ramps up again.

“Absolutely,” they both said enthusiastically.

“There were times I thought I was going to be in over my head. But once I was in the field, I realized that if you are willing to work hard, you can do this job…and do it well,” said Grace. 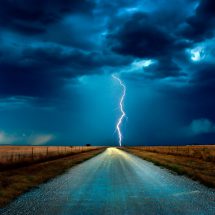 3 Reasons to Become a Claims Adjuster

Attend one of our free live webinars to learn more about the career, how to get started, and what it takes to succeed.