Adjuster 101: Basics of Being An Insurance Adjuster

Almost anyone can become an insurance adjuster. No college degree is required for most independent adjusters but you do need to be 18 years old. While some adjusters have started out in the claims industry, many folks begin their insurance claims career after work in other fields. Common backgrounds include construction, contracting, insurance sales, insurance underwriting, appraisals, and property inspections. However, teachers, farmers, attorneys, truckers, plumbers, dog whisperers, HVAC specialists, and entrepreneurs (to name but a few) have all transitioned smoothly into the world of insurance claims adjusting.

What do insurance adjusters do?

Insurance claims adjusters inspect claims of damage or loss, interpret and apply the customer’s insurance policy, negotiate the settlement, and may authorize payments to the claimant.

Why are insurance adjusters needed?

The need for adjusters is never higher than when catastrophe strikes. In the wake of Hurricanes Katrina, Wilma, and Rita in 2005, insurance companies were desperate for licensed independent insurance adjusters. Even though most companies staff a contingent of their own salaried “storm troopers” – these adjusters weren’t able to handle the massive volume of claims created just by Katrina. When the additional hurricanes made landfall, it seemed the requirement for getting hired as an independent adjuster dropped from having a license to simply having a car. Thousands of new and inexperienced “cat adjusters” cut their teeth during these trying times. Hurricanes Harvey, Irma, and Maria created a similar situation in 2017. While this level of catastrophic damage is thankfully rare, events like these create an all-out bidding war for licensed adjusters as companies compete to get people working for them instead of their competitor.

But it’s important to remember that adjusters are needed all over the country, every day of the year, not just during hurricanes. From car wrecks to burst pipes, from broken windows to kitchen fires, from floods to hail storms, ice storms, tornados, wind, snow, and even heat waves…they all create a demand for adjusters.

What types of adjusters are there?

When do Insurance Adjusters work?

Being an insurance adjuster is a challenging but rewarding and lucrative career. If you’re interested in the field and want to learn more, Co-Founder Adam Gardiner wrote a great ebook about his experience and what it takes to break into and make it in the industry. 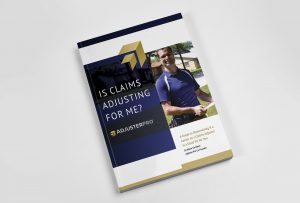 If you have questions or want to know more…give us a call. We are here to help. 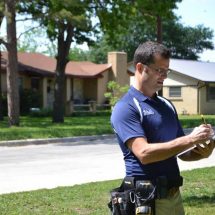