For those just starting to evaluate insurance claims adjusting as a career possibility, it’s important we distinguish between two very different types of adjusters that are often confused with each other: independent and public adjusters.

Independent adjusters serve as representatives and act on behalf of insurance companies. They are not employees of an insurer, but instead, are hired, supervised, and paid by an Independent Adjusting Firm. IA Firms keep a “roster” of independent adjusters on hand and when an insurance carrier finds their own staff can’t handle the volume of claims being filed, they’ll contract those claims out to an IA Firm who, in turn, has their adjusters work the claims.

People most often associate this with big events like hurricanes but that isn’t the only time insurers use IA Firms or independent adjusters. More and more, insurance carriers are relying on these companies and adjusters for daily claims and small events. It saves insurers money and keeps the national workforce active and able to move when and where they are needed most.

Independent adjusters are “independent” because they are typically 1099 independent contractors rather than salaried employees. Independent adjusters receive compensation either in a set “daily rate” (i.e. $300 per day for each day worked) or more often through a fee schedule whereby they receive what amounts to a percentage of the claim settlement amount.

Public Adjusters, on the other hand, represent, act on behalf of, and are paid by the insurance policyholder directly. A policyholder secures the services of a public adjuster in a way similar to how one might contract the services of an attorney. Public adjusters negotiate with the staff or independent adjuster assigned to a particular claim and are often brought in when a claimant is is concerned they won’t get a fair settlement.

Public adjusters may work on their own or as part of a larger Public Adjusting Firm. A common rate of commission for public adjusters is 10% of the final claim settlement amount. Unlike independent adjusters who handle claims as a matter of course, public adjusters must solicit or sell their services. Becoming a public adjuster requires a license but it also presents a few additional challenges in getting started. You must post a bond, pass a strict background check, and may have to fulfill an apprenticeship of up to a year.

Due to the nature of the two positions, independent and public adjusters are often placed in adversarial positions at the negotiating table.

Consequently, there is a good deal of apprehension and ill-feeling towards the other – whether justified or not. 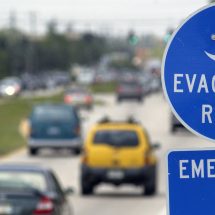