In Charlie and the Chocolate Factory, the story’s drama revolves around an elusive slip of paper hidden within the wrapper of a humble chocolate bar: the Golden Ticket.

There are only 5 golden tickets in the world, and those that find one are invited to a private showing of the delectably mysterious chocolate factory operated by the eccentric Mr. Wonka. It doesn’t matter who you are, how wealthy, privileged or well-connected you might be. The only criterion for admittance is the possession of one golden ticket.

Since Roald Dahl wrote that story and it was popularized by the movie starring Gene Wilder, the concept of the Golden Ticket has endured in our imagination as a symbol of that one elusive possession that gains us easy entry through an otherwise impenetrable barrier.

Indeed, I have used the phrase many times myself in the context of the claims business. That “there is no golden ticket” has been our counsel for years, meaning, of course, that there is no one thing that guarantees you admittance into this industry. Not the Texas adjuster license with its legendary (and exaggerated) powers of reciprocity, not State Farm certification, not Xactimate level 1, 2 or 3 certification.

These can all be important, certainly, but none guarantee anything beyond basic permission to play in the competitive game of finding work in a lucrative business like claims. There has been no winning piece of paper or single credential to get you in.

There has been no golden ticket, until right now.

At this particular moment, there is one credential that will basically guarantee you work in the business of independent claims. This may change in 6 months or 3 years or it might be this way for a long time to come, but right now it’s as close to a sure thing as I’ve ever seen. What is it? The golden ticket is the New York adjuster license.

The golden ticket is the New York adjuster license.

An exec from one of the big adjusting firms recently said that they literally can’t hire enough people with the New York adjuster license right now. How is that possible when there are a LOT of independent adjusters out there that would be tickled to go to work? Well, they can’t hire enough because there just aren’t enough to hire. There are a lot of independent adjusters but there are very few, relatively, who are licensed in New York. And that’s not unique to just that one firm.

There is a widespread and dramatic supply and demand imbalance that has made NY licensed adjusters the hottest thing since a suspendered bunch of little people with green hair rocked this song:

Let me go ahead and give you a minute to recover from that. Cooled down? Good.

So, back to the point at hand – right now there is a rare sweet spot in the market where demand is wildly outpacing supply and the opportunity for new adjusters to get in and get work is HUGE. Why is this happening? First, let’s look at demand. There are some serious changes afoot in the industry (Read more at The Changing Face of Independent Claims) and a few of the major insurance carriers are expanding their call center operations across the country.

Might you guess what one of the non-negotiable stipulations for a call center adjuster is?

You got it, the New York license. One could speculate why that is (e.g. Superstorm Sandy fall-out, NY is the 4th most populous state, etc.) but the basic point here is that it’s currently a hard and fast requirement and there is no sign of that changing anytime soon.

Why are NY licensed adjusters in such short supply? The simple answer is reciprocity. Or more accurately, a lack of reciprocity. An adjuster who holds his or her home state license can obtain nearly every other state’s license reciprocally (i.e. without having to take an exam).

There are only a couple of exceptions across the entire country and New York happens to be the big one.

Anyone wanting a NY license has to go through the somewhat onerous process of studying for and passing the New York adjuster exam, posting a bond and dealing with the NY Department of Insurance’s application process. And, to be frank, the NY exam isn’t a cakewalk. It’s absolutely do-able, but it’s a chore and not enough adjusters have met the challenge. Indeed, as long as incumbent independent adjusters continue to avoid the hassle that is NY, there will be ample opportunity for adjusters from all experience levels to get it done and jump to the front of the line.

So, what should you to do? Extremely simple: go get the New York adjuster license! We show you everything you need to know New York 17-70 Adjuster License page. After your home state’s license, consider getting the NY adjuster license. A lot of breaking into this business is timing and the timing right now couldn’t be better for those willing to put in some study time and go where few have chosen to tread.

The Golden Ticket is waiting on the other side. And unlike Veruca Salt, the spoiled child of a wealthy British businessman in Charlie and the Chocolate Factory, you won’t have to buy a million candy bars to get one. 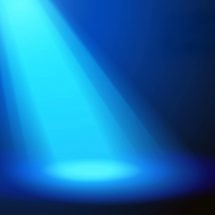