Independent adjusters are needed to handle Ian and Nicole claims. Register for our free webinar and learn what it takes to become an adjuster.

Let me tell you two stories.

About eight or nine years ago, I had this great idea. I had noticed the revolution in the luggage industry when all of a sudden every suitcase had wheels, and I thought “hey, the next step is to be able to ride your luggage!” Ridable luggage. I had this vision of a fusion between a Razor scooter and a suitcase. I used to sketch it out on napkins, tell people about it, etc. Everyone thought it was a great idea. At one point I even bought some material to try to cobble my idea together. But like many great ideas…it never really went anywhere. Then, about a month or so ago, I was on a flight from Split, Croatia to Berlin, Germany. Thumbing through the magazine, I came across this: (Micro Luggage) and this: (the Scootcase). Someone did create it – EXACTLY like I had envisioned it. My brother Josh in the middle of his half Iron-Man…

Next story: less than a year ago, I called my brother, Josh; “hey, let’s do an IronMan triathlon.”  We started looking into it, got excited, signed up for a 1/2 IronMan in August, got coaches, and started training. After a few months, I found some reasons why I couldn’t make it out to California to compete. He found reasons why he could – and he did. He completed it, and just completed his second 1/2 IronMan at Lake Stevens. I, on the other hand, still haven’t done one!

Now, don’t get me wrong – I’m not crying in my beer. I’ve had and am having plenty of victories, achieved goals, and received many great blessings in life. And I’m happy to report that I am truly happy for my brother and the luggage innovators.

The point is, seeing these things that I could have done — but didn’t — was an important reminder to me. An idea is just an idea. An intention is just an intention. A decision is just a decision. Until it’s followed by sustained, focused action. And this is the hard part. Ideas are a dime-a-dozen; we all have tons of them. But ‘doers’ on the other hand, those willing to take ideas run them to the finish line, are a rare breed.  And to these doers go the spoils.

The big question then becomes how to become a doer instead of just a dreamer or a talker.  Stay tuned; we’ll discuss this in the next post. 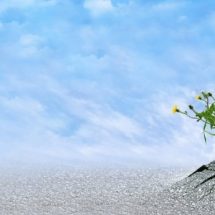 Do Common Things, with Uncommon Effort