When it comes to types of insurance adjusters or different adjusting-related jobs, there are a lot of different terms you might encounter. While it may cause a little confusion at first, the different titles give us a glimpse of the options available for those interested a career insurance claims.

Let’s review some of the most common titles and terms regarding claims adjusters:

Inside Adjusters vs Field Adjusters

Inside adjusters, sometimes known as desk adjusters, work in an actual office. It has doors and walls, computers and desks, and probably a kitchenette. We’re not sure if they all have a Dwight Schrute but it’s likely some also have one of those. These adjusters handle claims on a computer using information and images they receive from the policyholder.

Field adjusters, on the other hand, go out into the field (occasionally, but not usually, an actual field) to handle all aspects of the claim. They will talk with the policyholder, walk the space, take pictures, inspect the damages, etc. They frequently work from their vehicles, spending the day going from claim to claim, often performing tasks on a laptop or cell phone.

Staff vs Independent vs Public Adjusters

For example: Let’s say ABC Insurance Company has an influx of claims from a hurricane – too many for its staff adjusters to handle. So ABC outsources the claims to an Independent Adjusting Firm. The firm then contracts with 10 of their independent adjusters who will go handle the claims as representatives of ABC.

Perhaps the biggest difference is that independent adjusters handle claims on behalf of many different insurers, often at the same time.

Catastrophe (or CAT if you’re cool) claims are those that arise out of some large-scale event, typically a natural disaster like a flood, hurricane, or hailstorm. CAT adjusters are usually ‘deployed’ out to a disaster zone to work those claims. When a CAT adjuster is deployed to the hard-hit area, it can be for weeks or sometimes even months. They can be staff or independent adjusters but in either case, they are “on-call” and when an event happens, they often have to leave with little notice and only get their assignments/claims once on site.

Handling CAT claims can be an extremely tough job with long hours working under brutal conditions, but this is where adjusters can make a lot of money. So while it’s difficult, the opportunity to make in a few months what you normally would in a year while helping people is exactly what most CAT adjusters love about it.

Daily claims, on the other hand, are claims arising from losses that happen every day in every community throughout the country but are not associated with a catastrophe. It can be anything from a grease fire to a toilet flood to a burglary.

For the most part, to do any job classifications above you just need to obtain an adjuster license. There isn’t a special license to handle one or the other with the exception of public adjusters. Public adjusters do often need additional licensing and education, which is the case in Florida.

The State Farm Certification, Construction 101, and Xactimate Training are great examples of above-and-beyond training that will make you a more attractive candidate to IA Firms than those without.

Adjusters aren’t the only people who work on or deal with insurance claims. Here are a few other positions you might see referenced:

Appraisers estimate the cost or value of an insured item. In some states, you need a separate appraiser license, but in others, an adjuster license is enough to be an appraiser.

Claims Examiners review claims after they are submitted to ensure claimants and adjusters followed proper guidelines. They may help adjusters with complicated claims or when, for example, a natural disaster occurs and the volume of claims increases.

Insurance Investigators look deeper into insurance claims when the carrier suspects fraudulent or criminal activity may be involved.

Arbitrator is an independent person or a body officially appointed to settle a dispute.

Umpire is a person chosen to decide on a controversial issue or question that has been submitted to arbitration but that hasn’t been resolved because the arbitrators cannot agree.

Examiners, investigators, arbitrators, and umpires are all positions that require experience working in claims and an ability to mediate tough situations between adversarial parties.

Insurance Producers, Agents, & Brokers sell, solicit, or negotiate insurance policies You can learn more about how to become an agent and the difference in titles in the All-Lines Training blog article: What is the Difference Between an Insurance Agent VS. Broker VS. Producer.

Most of us have interacted with insurance on some level, usually through either an agent or an adjuster. But there is a lot more depth in the industry than those two careers. Many adjusters find that they enjoy a certain part of the claims process, such as the inspection or mediating a problem, and enter one of these more specialized areas. 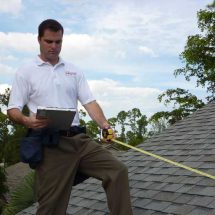