Which Adjuster DHS License is Best?

So, you want to be an adjuster, but you find out that your state does not license insurance adjusters. What do you do now? If you’re in this situation, you’ll need what’s called a Designated Home State, or “DHS” license.

The Designated Home State license was created to provide residents of non-licensing states a means to designate a home state for the purposes of reciprocity and compliance. Why would you want to do that? Read on!

Let’s say, for example, that you live in Kansas but you want to be able to work hurricane claims in the gulf. Kansas doesn’t require adjusters to hold a license to handle claims in their state, however, the gulf states do so you need reciprocal licenses to work those hurricane claims. But…you can’t apply for reciprocal licenses without your home state license and your home state doesn’t license. Enter the DHS!

You ‘declare’ a home state and go through the licensing process there. Your new DHS license will act just like a standard home state license does for residents of licensing states.

But which state’s DHS license should you choose?

For a long time, Texas was the answer. They offered the license early on and made reciprocal agreements with most other states. But we’ve come a long way since then. Today, most states offer a DHS license although it’s important to note that they are not equal. So what should you consider when choosing a DHS in today’s market? Let’s take a look at some of the factors that should play into your decision.

Texas offers a P&C Adjuster license but many other states, like Florida, do not. They only offer a General Lines or All Lines license. Since the P&C covers fewer lines, it is not reciprocal with the more all-encompassing licenses. In this case, a Texas P&C adjuster would be denied a reciprocal Florida license because there is no ‘only P&C’ equivalent in Florida.

So, which DHS license does AdjusterPro recommend?

If you do the math on everything we mentioned above, Florida is the state that meets or exceeds all the criteria we’ve discussed.

Florida’s pre-licensing and exam can be done entirely online, without a proctor. Their All-Lines license has great reciprocity and the exam is 50% shorter than some others. Florida meets all the CE and fingerprinting requirements as well. Also, they’re the quickest state in turning around applications (usually in a few days or less). You can find more information from the state about the license on the Florida DFS website.

Texas has been the most common DHS license for a long time. It is another state we recommend although it does have some drawbacks. Texas offers online pre-licensing and exams, but the exam is significantly longer and requires a proctor. The state has made recent commitments to improve its processing time but again, there is just no beating Florida there.

Want to take a look at the reciprocity of different licenses? Adjusters can see where they can get reciprocal licenses in our interactive reciprocity map.

Still have questions about what license you should get? Contact our expert customer support team and they’d be happy to walk you through the process and answer any questions you may have. 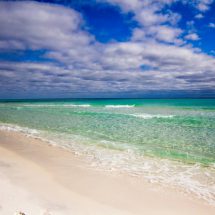 Florida Adjuster Licensing – How to Become a Florida Insurance Adjuster

Ready to get your Florida DHS License?