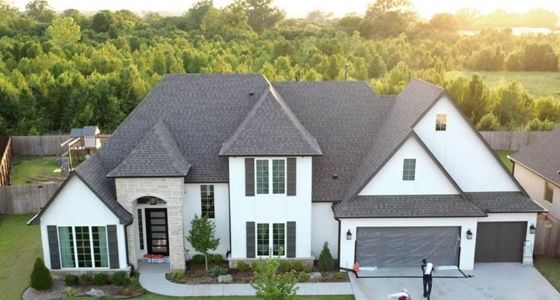 I wouldn’t wish my first deployment on my worst enemy.

I landed in the aftermath of a category 4 hurricane, was handed a stack of claims and a cellophane-wrapped CD that said “Xactimate” and that’s basically it. (Xactimate is the most popular estimating software for claims.)

My new storm manager chuckled and with a twinkle in his eye, said “good luck” as he pushed me out the door. He didn’t expect me to make it. Thankfully, I did make it…partly due to pride, partly due to financial desperation…but I made it.

Everything about my initial deployment was tough. First deployments usually are…especially CAT deployments. But out of all the challenges I faced, the biggest was getting a handle on Xactimate. It took me a solid week to write and submit my first Xactimate report. (I’m not joking!) I was warned that it would likely be ‘kicked back’ for revisions, and indeed it was. But after that week of hell, the requested changes seemed minor. I did my next claim faster, the third more so, and after a month, I was on a roll. I made it over the hump.

Sadly, many new adjusters do not.

My storm manager later told me that he rarely fires anyone, however, tons of new adjusters basically fire themselves. They arrive en masse, eager and ready to go. But by storms end, too many leave with their tail between their legs, having jumped in with little to no preparation. Far too quickly, many new folks start falling behind, in part because they aren’t able to efficiently use the estimating software. Before long, they’re overworked, overwhelmed, overwrought, and unable to get their heads back above water.

Now that I’ve been training adjusters for nearly a decade, I’m amazed I actually survived jumping into a catastrophe deployment without any Xactimate training or experience. I’ve instructed on many important aspects of adjusting, but – by far – Xactimate is the largest and most difficult technical hurdle for new claims adjusters.

On the other hand, once you really master Xactimate, it becomes one of your most powerful advantages, allowing you to close more claims accurately and with greater ease and less stress. And to earn money, you need to close the claims. It’s as simple as that.

Xactimate proficiency is key to success as an insurance adjuster. Not the only key, true, but you can be sure you’re not going to survive without it. I liken it to baseball; having a bat doesn’t mean you’re going to be a good ball player. But without one, you can be sure you’re not even going to play. Similarly, you’ll need to master many skills, but if you don’t have your license and Xactimate proficiency, you’re not even in the game yet.

If you’re middle-aged or above (like me), mastering new, complex computer programs like Xactimate can feel completely overwhelming, like an impossible hurdle. The good news is that anyone can master Xactimate. I know because I’ve watched it happen. I’ve witnessed great success in some of my most unlikely students. When I trained Debbie, she was in her late 50’s. She noticed that, in our class, the younger folks seemed to “get it” twice as fast. Her resolution? Work twice as hard! Early in her career, coworkers teased her about the late-night practice, but her work paid off in spades. The last time I talked to her, she called me looking to hire good candidates to work for her. She had started and was running her own claims company, working directly for an insurance carrier who was sending her all of their large loss claims business.

So how exactly does one master Xactimate? I recommend two things; good training and lots of practice.

Technical training is geared towards understanding and mastering the intricacies of the program, all of the small details. Which button does what? How do I load this image? Where can you find x, y, or z? The problem I’ve seen in my decade of training is that folks who’ve only received technical training aren’t prepared to hit the ground running in a deployment. They lack the practical, or what we call tactical, training. In other words, they know the buttons, but don’t know how to scope, estimate, or close an actual claim with them.

Or, like me on my first deployment, they can close a claim but it takes them forever. So while veterans and adjusters who understand XM8 are closing 2-5 claims a day, they’ve only closed one claim in 3 days. This is not only frustrating for the storm manager, the adjuster is leaving SO MUCH money on the table. I can’t count the number of folks I’ve had through my classes who have Xactimate Certification but don’t know how to efficiently and effectively close claims with this powerful tool!

Practical training, on the other hand, is geared towards working. I’m talking about closing claims, getting the job done, and making your deployments really count. Like technical training, good practical training should and will prepare you to pass Xactimate certification tests, but practical training does more. It truly teaches you how to use the software in actual, applicable work situations. In our business, that’s claims.

Remember that the ultimate goal here is making money and adjusters do that by efficiently and correctly closing claims. Our Tactical Xactimate class is specifically developed to get you ready to use Xactimate effectively in an insurance claim scenario.

When you deploy for the first time, you’ll get tons of practice. Trust me. But the problem is, once you are deployed, it is too late. Sure, your next job will go smoother but you stand to lose both money and the chance to impress your employer if you use your first deployment as practice. So go the extra mile beforehand. It will make a huge difference.

The most successful students I’ve seen continue practicing and learning after class, for as long as they can. Xactimate makes this easy for you. They offer a free 30-day demo you can use during training and afterward for practice. Most of the time if you call them, they’ll even extend it once or twice for you if you ask. That’s up to 90 days to scope and estimate your own house, your neighbor’s house, or the whole cul de sac! (We recommend asking for permission from your neighbors first. It looks weird otherwise.)

No matter where you are at in your adjusting career, we can help. 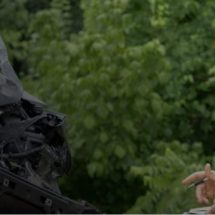 Get Xactimate Training in our Discounted Bundle

Our total adjuster packages offer everything you need to hit the ground running, all at hundreds of dollars off.