After John O’Brien fulfilled his contract in the U.S. Marine Corps, he didn’t really know what to do next. He wasn’t interested in more formal education (he’d already been to college) and the idea of sitting in a cubicle all day long was a non-starter. What he did know was that he wanted to continue being challenged, have some flexibility, and finally earn good money.

Over the next few years, John tried his hand at a variety of carrier fields, but nothing seemed to have quite what he was looking for. Eventually, he decided to give insurance claims adjusting a try and, much to his surprise, it seemed to be a perfect fit. John found that “unlike the military, the money you make as an adjuster is based on the number of claims you close, not on your seniority, or time in the business.” It was a welcome change.

It’s possible to be making six figures within a very short amount of time,” he said. The variety of work – “handling all kinds of losses for all kinds of people” – and the travel and flexibility didn’t hurt either. But it wasn’t just the great money and the excitement that drew him to the field. Being an
insurance adjuster can be an intense occupation and the stress, especially in catastrophic zones, is very real. In many ways, insurance adjusters are like first responders.

In just a few weeks you can be on your way to an exciting new career as an insurance claims adjuster.

That’s where his six years in the Marine Corps really paid off. “I feel like my military service helped me to understand how to prioritize and organize the volume of work that I had. It also helped me to keep things in perspective because no matter how stressful or difficult the situation, I could always look back and say, ‘this is hard, but it’s not as hard as ….’”, he said.

When John started out with AdjusterPro, he had very little knowledge about the insurance claims industry so things were a little daunting at first. But any apprehension he may have had was allayed pretty quickly thanks to the company’s trademark hands-on training and legendary customer service.
“AdjusterPro was great. I was confident that I had quality materials and instruction that would give me the tools I needed to get work and be good at it. Plus, they are always just a phone call away if I had any problems with the courses or materials,” he said.

As for advice for anyone considering a career as an insurance adjuster, especially those with a military background, John has nothing but positive things to say. And strongly encourages others to explore the opportunity. “This is a very flexible industry. It has a low barrier to entry and extremely good pay. I don’t know of another industry that has such an incredible training-to-payout ratio. Additionally, it is extremely easy to get out and do something else, and then jump right back in. Whether you want to start a new career or just want a short time job with awesome pay, adjusting is a great fit,” he said.

In addition to being an AdjusterPro alum and working adjuster, John has developed a career training course for new adjusters called The Adjuster Success Method. The course is available as part of our discounted Total Adjuster Packages or as a stand-alone purchase. 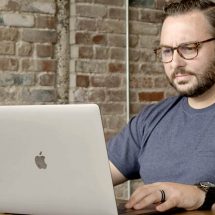