Every year, right about now, those of us in the insurance industry ask ourselves the same question.

Some years, we have to wait till the end of the summer to find out but, my oh my! 2020 doesn’t appear to be one of those years. We are just a few weeks into hurricane season and, already, we’ve had multiple named storms in the Atlantic. Cristobal, in early June, became the third named storm of the 2020 season. It’s the earliest a third named storm has ever formed.

Heightened early activity combined with warming Atlantic ocean temperatures has lead experts to almost unanimously predict the 2020 hurricane season to be above average at best, to disastrous at worse.

It is also hard to annually predict how the adjusting industry is gearing up for the season so we sat down with our friends at Pilot to get their take on the need for new adjusters. The bottom line? A very busy spring brought tornadoes, some flooding, and hail – as it usually does. Combine those claims with the daily claims load and the result is Pilot already utilizing most of their entire roster.

So, with most adjusters currently deployed, what does that mean heading into what experts are saying will be a busy hurricane season? It means that the need for new adjusters could be as high as it’s been in recent memory. It means…opportunity!

Having your license in hand and ready when a hurricane hits is always our recommendation. After all, why would employers wait on you to get a license when they could send a licensed adjuster out today? But this year, in particular, there seems to already be an increase in the need for good adjusters.

So if you’re serious about becoming an adjuster, set yourself up for success by preparing today. We have several great resources to get you going. 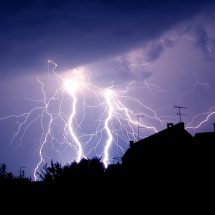 Ready to Get Your License?

See what your state requires and different course options.