How Much Money Does An Insurance Adjuster Make?

How much money an insurance claims adjuster makes per year is the subject of considerable interest and speculation to those interested in a career in claims.

Many folks have heard through the grapevine – perhaps from their girlfriend’s brother or the person who fixed your roof – that insurance claims adjusting is a money tree. And the money tree just sits there blooming Benjamins, waiting to be plucked by any newcomer with the inside scoop. And as an added bonus, you don’t really have to work!

Then there are rumors on the opposite side of the money tree story: that claims adjusters make next to nothing, and that adjusting is a dead-end or low-level job.

Both are misconceptions and far from the truth.

So…how much money does an insurance claims adjuster really make?

Like many careers, there is no one, clear answer for claims adjuster salaries. But if we take a look at the data, we can find a few clues. The latest numbers available from the U.S. Department of Labor, as of May 2021, offer the clearest overall picture of wage/salary statistics for claims adjusters, examiners, and investigators.

But here’s where things get interesting…and a bit confusing.

In general, there are two types of adjusters: staff adjusters who are salaried employees of an insurance carrier, and independent claims adjusters who are independent contractors working for Adjusting Firms. This initial difference affects both pay structure and the type of claims handled – from worker’s compensation to multi-million dollar commercial properties.

Staff adjusters are typically going to be earning less than independent adjusters and in some cases dramatically less. $40,000-$70,000 is a reasonable salary range for a career staff claim adjuster. Entry-level salaries for staff adjusters average about 40k.

Independent adjusters, on the other hand, can make a lot more than $100,000 in a good year, especially handling catastrophe claims. For example, during the peak of the 2017 hurricane season, adjusters were making $65,000 to $100,000 in one month.

It’s also worth noting that independent adjusters work when and where they choose. After all, they are independent contractors. This makes it especially tough to determine “salary” in the traditional sense of the word. Some adjusters we know work a standard 12 months a year, but many “make hay while the sun shines.” They will work like crazy for 6-8 months and then take a few months off to travel or spend time with family. Then those same adjusters might opt for the opposite the next year, or choose to take more time off, or split the difference. Independent adjuster salaries can’t really be calculated like a standard Monday-Friday, 40 hours a week job.

Staff adjusters can absolutely make a good stable living as well. For independent adjusters, the opportunity can be a little more interesting as the industry, and their goals, ebb and flow.

Insurance adjusting is a lucrative career with few barriers to entry. See how you can get started and get to work in just a few weeks.

How Claims are Paid

Not only does what type of adjuster you are affect your salary, how claims get paid does as well.

Independent adjusters working catastrophe claims earn a percentage of the amount of each claim they settle. This system of payment is known as a ‘fee schedule.’ Fee schedules are formulated differently for each insurance carrier represented and storm situation confronted.

The adjuster will receive between 60-70% of the fee, with the other 30-40% going to the adjusting firm they work for.

Hurricane adjusters can easily average a $10,000 settlement per claim, which would put between $400 and $500 in their pocket per claim.

A good adjuster should be closing 2 to 4 claims per day, and a superb adjuster closes 4 to 7. Let’s do the math: with $400 earned per claim, and up to 7 claims settled per day, independent adjusters working catastrophe claims commonly earn more than $1,000 per day, and sometimes a lot more.

But remember, these percentages can change with demand and experience. Veteran adjusters with years of experience can command better fee schedules. Or when demand for adjusters skyrockets after a series of catastrophes, like in 2017, employers might create more lucrative fee schedules to attract adjusters away from their competitors.

The bottom line? A good independent adjuster can reach a six-figure income in less than six months! But unlike our money tree fable…it does take work. In fact, it takes A LOT of hard work. During catastrophes, adjusters are deployed to hard-hit areas and can often be there for months working 7 days a week, 10 to 14 hours a day. But for many, the paycheck light at the end of the tunnel makes it worth it.

So is Adjusting the Money Tree After All?

The bottom line is that it can be.

Remember that catastrophes, especially catastrophes sufficient to employ significant numbers of adjusters, are relatively few and far between. But the potential to make money during those periods is significant.

During “dry” spells for independent adjusters, work can be scarce and competition fierce for the claims that do come along.

There is a tremendous and exciting opportunity for very real, very lucrative work when disaster does strike. (And disasters are getting stronger, and happening more frequently.) If you take advantage of the opportunity during a catastrophe, budget accordingly, and prove yourself valuable to your employer? You can set yourself up for real, lasting success making 6 figures in the adjusting industry.

If you are interested in learning more about a career as a claims adjuster, we can help. Join one of our FREE Claims Adjusting Webinars. We’ll discuss the job, the industry, how to get started, what to expect, and answer any questions you have live. 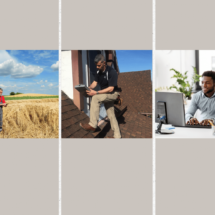