Reciprocity: The Truth about Adjuster Licensing Agreements Between States

Those in the insurance claims adjusting business and those who may be interested in becoming an insurance adjuster will inevitably encounter the concept of reciprocity in their licensing procedures.

However, the concept of reciprocity is often misunderstood or at the very least, misrepresented. For an adjuster, knowing the true ins and outs of state licensing reciprocity can save significant time, money, and aggravation. So what is reciprocity? And what does an insurance adjuster need to know about it?

First, it’s important to understand what adjuster reciprocity doesn’t mean. There is a common misconception that once you have obtained a state’s license – say Texas for example – you can waltz into any other state, at any time, and begin working claims. This is not the case. Sure, on occasion, a state’s insurance commissioner will declare a ‘state of emergency’ and approve licensed adjusters from other states to come in and assist. But this actually has less to do with reciprocity and more to do with meeting the demands of a catastrophe.

So it’s important to recognize that emergency licensing and reciprocal licensing are two different animals.

Adjuster license reciprocity refers to a mutual agreement between states that says an adjuster holding a license in his or her home state can successfully apply for a license in another state without having to take that state’s exam or pre-licensing course. This is important to adjusters because meeting other states’ educational and testing requirements involves a significant investment of time and money. Reciprocity bypasses those requirements. But to obtain a reciprocal license, the adjuster still needs to apply for the other state’s license and pay any required fees.

Are Some states better for Reciprocity?

Another common misconception suggests that some states enjoy more reciprocity than others (e.g. Texas is reciprocal with 32 states!). That may have been true once upon a time, but in today’s industry, reciprocity is predicated not on what state you have but on whether it’s your home state.

In this sense, the term reciprocity is somewhat ill-cast. It’s not true reciprocity in the sense that there is a quid pro quo, or a mutual agreement of exchange between two specific parties. Rather, it’s a more general, nation-wide acceptance that says ‘if you have your home state license, you can get our license too.’ Again, it doesn’t have anything to do with which state, so long as that state is your home state.

Again, it doesn’t have anything to do with which state you have your adjuster license in, so long as that state is your home state.

For example, let’s say you live in and have an adjuster license in Oklahoma. You are applying for a North Carolina license. North Carolina will grant you a North Caroline nonresident license but not because of some previously agreed upon arrangement with Oklahoma. They grant you the license because Oklahoma is your state of residence and you have its license.

Today, most states have gotten on board with offering adjusters licensed in their home state reciprocity but there are a few caveats to the standard reciprocity rules. Some states do not offer any kind of reciprocal agreement or observance. California, Hawaii, and New York all require adjusters to take their specific state adjuster exam to adjust claims in their state. No exceptions and no reciprocal licenses are available.

Because New York offers no reciprocity, adjusters who hold that license are some of the most heavily recruited in the industry. The size, population, and weather mean a lot of claims, but rarely are there enough adjusters to handle them.

The lack of reciprocity offered by the three states above has created a bit of a domino effect. Some states, like Florida and Delaware, put a regulation in place that in essence says, “If your state doesn’t offer our adjusters a reciprocal license, then we won’t give your adjusters a license in our state either.”

The primary pitfall adjusters encounter with reciprocity is when they attempt to skip their own state’s licensing requirements and obtain another state’s license first.

Unfortunately, this happens all too often. For example, residents of Oklahoma or Arkansas who wish to become adjusters get the impression that “a Texas license is better” so they skip getting their home state license and jump right to obtaining Texas’. Or residents of smaller northern states might bypass their state license and opt to get one where more claims, and therefore more employment opportunities, are available.

And unfortunately, things don’t work like this any longer. Still, based on hearsay or poor advice, some people try it and are obviously disappointed with the results. They may be rejected when it comes time to get their own states’ license or they’ll be denied reciprocal licenses down the road.

The bottom line? Get your home state license first.

What if your home state doesn’t license?

In the event that your home state does not require an adjuster license, you will want to obtain another state’s license and then designate it as your home state – now commonly referred to as a designated home state or DHS license. This is a specific license type and not every state offers a DHS license. When it comes to getting your adjuster license, you’ll want to make sure you choose a course/state with a DHS option and then make sure you apply for the correct license type once you pass your exam.

The benefit is that once you have your DHS license, you now have a “home state” and can apply for reciprocal licenses. If you don’t obtain a home state license, you will have to go through each state’s licensing and testing process in order to legally adjust claims there.

Florida and Texas are two of the most popular DHS options and you really can’t go wrong with either of them, however, we strongly recommend pursuing the Florida 70-20 DHS license. We have found the Florida Dept. of Insurance to be extremely responsive and easy to work with. Most importantly for many would-be adjusters, Florida works quickly and can often turn around a license within the week. If you want to read more about the pros and cons of the DHS licensing options, visit our article The New Florida 70-20 DHS License.

Remember: reciprocity isn’t a magic wand that grants licenses automatically once you have obtained your home state. You still need to go through the application process and pay the licensing fees in order to get the other states’ licenses. Most reciprocal license applications can conveniently and quickly be submitted through NIPR or SIRCON once you have your home state license number.

If you are beginning your insurance adjuster career, be sure to check your state’s licensing rules and procedures. When properly understood, reciprocity offers great benefits to adjusters looking to maximize their earning potential. Having more state licenses means being able to work more claims, plain and simple. 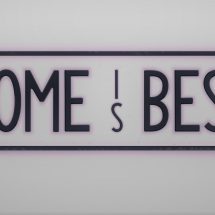 Why Adjusters Should Get Their Home State License First

See what reciprocity looks like for your state and learn where you can receive reciprocal licenses.